So let me say that when computers break… it can be aggravating to me. I am a nice guy with machines… until they anger me. Windows XP has been that thorn in my side that I had to do something… 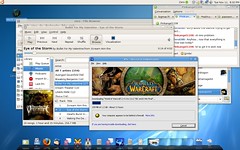 I did it… I thought I never could return to Linux but somehow… I did. So with toiling and help from by GREAT friend Maczimus… I am back. To my Ubuntu buddies out in the DFW Area, I am back home again. Home to one of the kindest operating systems ever to have graced its presence to me. I just have to test and make sure if my VPN settings play nice with my school. They’d better, damn it!

Disclaimer: I am not a proponent of religion over science nor am I a part of a Buddhist sect. This is just a personal musing I happened to stumble on.

Last night, I got into a rather heated debate with a few friends of mine in regards to religion and how so many people are lacking in their faith in the modern day. Sure, we have science, but does it eliminate that there are forces beyond our own that we should revere and respect? It got my friends talking on how people almost have become egocentric with how society has advanced more and more in technology. Conversely, when the world turns topsy-turvey to these same people, they start spouting off something close to the following rhetoric:

Dear God, I am (in) [insert random expletive phrase here]. I pray to God that I am not [insert expletive here]. I never wanted it to become like that! Please God, help me!

END_OF_DOCUMENT_TOKEN_TO_BE_REPLACED

(Correction: The 8900 designation was for the AT&T Tilt that lacked the 3.1 Megapixel camera)

So I finally sold my P990i off to get a device that is a little more future proof via firmware updates and also compatible with digital pharmacology books for my schooling needs. Got a slick deal on a used AT&T Tilt with a 2GB microSD card, however it had one slight issue… the phone was locked down. Not really too much issue with that, cause I had plans to break the phone open myself.

Sure, it’s not a “true” HTC TyTN II with the 3G video conferencing cam, but not a big issue for me. My first task was to repeat the same steps involved in liberating my assistant manager’s phone. I would have to get JumpSPL do a few flashes and then get the unlocking code. After that was when the real fun of choosing a hacked firmware began. I wanted to play with some of the spiffy things like the HTC Cube, TouchFLO and a few other things so I gravitated toward the last Windows Mobile 6 release of Alex’s HTC Cube rom pack. That would only be the beginning… I’d get the free student edition of Epocrates for medical and drug reference information on there just in case I ever need technical data when I am in the office or out of the office.

Once I got most of the phone configured, I had to get to playing with some of the fun stuff like TouchFLO and the HTC Cube as ’cause in America those features are only available in the Sprint HTC Touch, but not on any of the other HTC Windows Mobile phones in America. It’s a rather trick looking but it does have some “productivity” to it. Personally I like it as I can quickly access functions quickly without the need to flip through menus and prompts just to do something as easy as say… turn on my wi-fi or jump to my photo albums.

My seller also had included the full version of Tomtom Navigator 6 with my phone, so I would get the pleasure of having GPS but however… The software came on an SD card, so I would have to finagle with it to copy to my microSD card. After I get on my microSD, it would be a matter of letting my Kaiser to sync up with the GPS satellites. Inside my home, I was able to get a lock on 3-5 satellites with the internal antenna… Pretty good, I would think. However, on going outside and loading it up for use in my car, I was able get a lock on 7-9 satellites. The navigation and narration are clear visually and audible.

It’s no wonder a bunch of the American TV news stations were raving about this phone last year when it dropped as a truly great phone. I remember being a previous HTC Wizard owner (from my T-Mobile MDA) that the Windows Mobile Phones were ill equipped with enough RAM for their functionality and lacked the processing power. The HTC Kaiser/TyTN II/AT&T Tilt seems to have fixed both issues in one shot. The phone doesn’t lag and the best part is it just zips along.

I would like to thank the folks over at XDA Developers for scouring and experimenting to give users the ability to unlocked their restricted devices for use on other networks. For those who want to unlock their AT&T Tilt devices and seriously do them up just like mine… Check out the XDA Developer’s HTC Kaiser Wiki here! Enclosed below are pictures of my phone and screens. The screen shots are edited by Aviary’s Phoenix online based photo-editor, which I’ll be reviewing pretty soon. Enjoy the visual porn, I am going to enjoy the rest of my weekend with a gut buster set, some almonds, whey protein and some straight razor shaving. Expect the obligatory birthday post tomorrow. 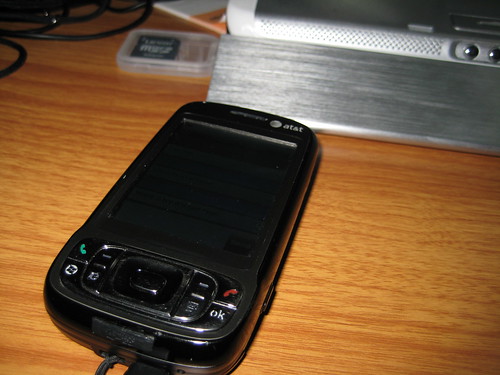 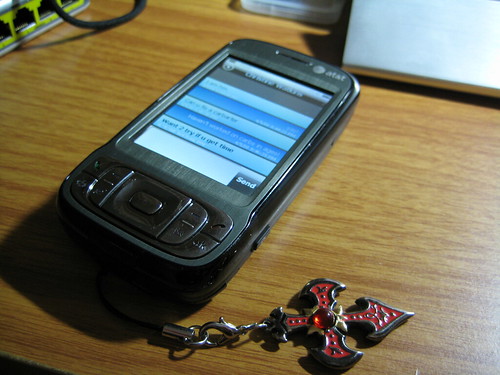 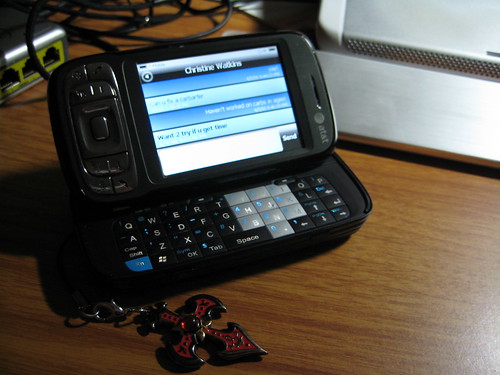 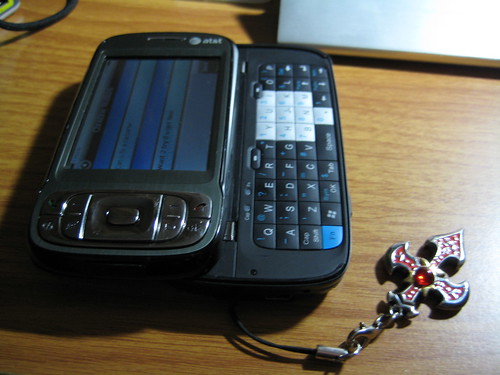 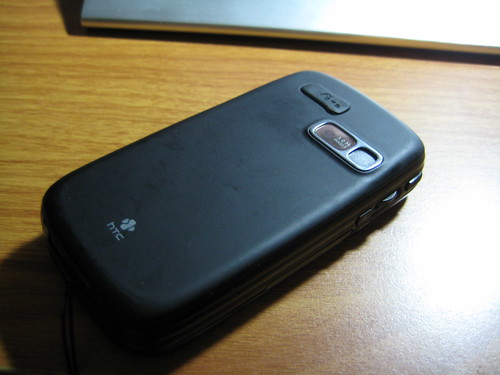 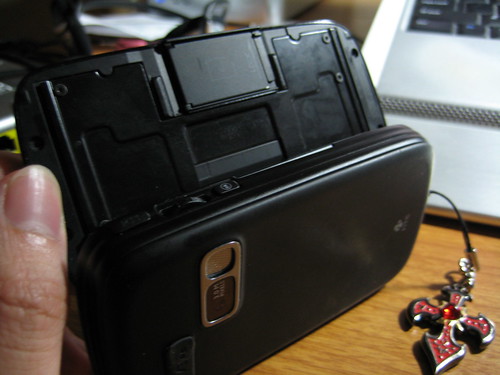 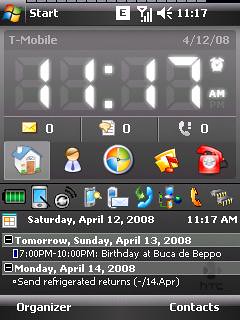 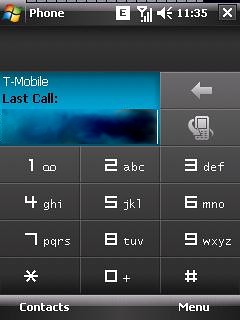 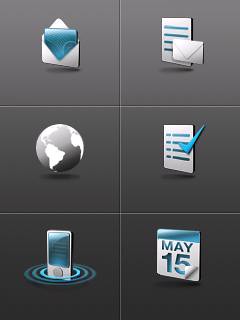 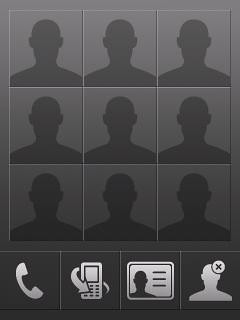 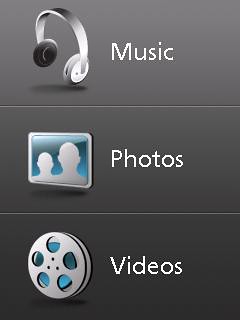 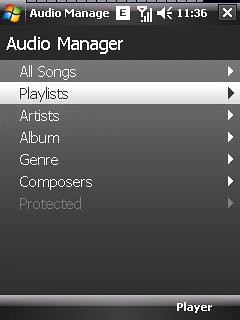 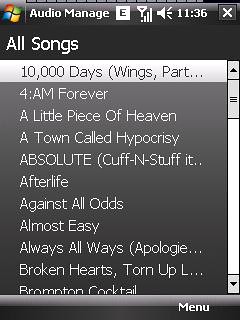 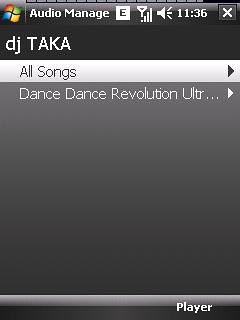 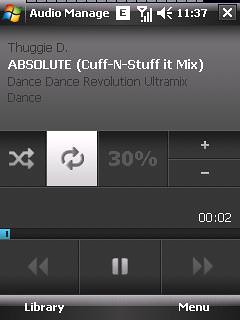 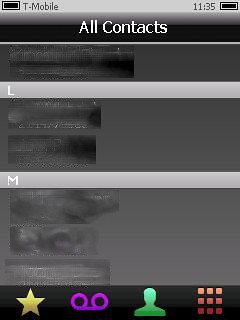 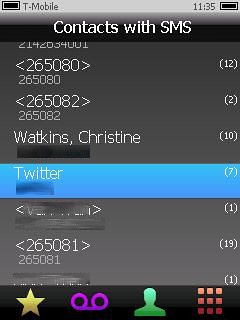 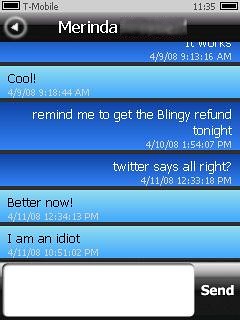 Some of you are probably curious about my work space at ZeroXR.com so I figured I would give you an idea of my office and where I get my inspirations for my work. It’s a bit messy, but from it, I can do my work and find harmony.

All images are clickable if you want bigger resolution on them to hope to my Flickr. 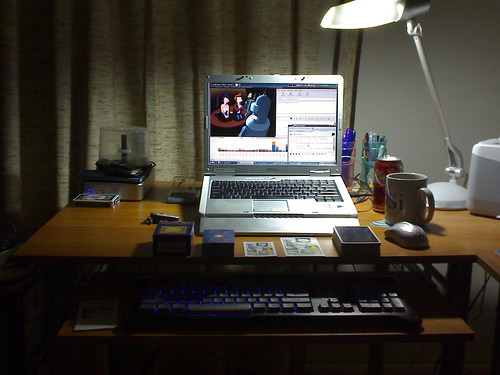 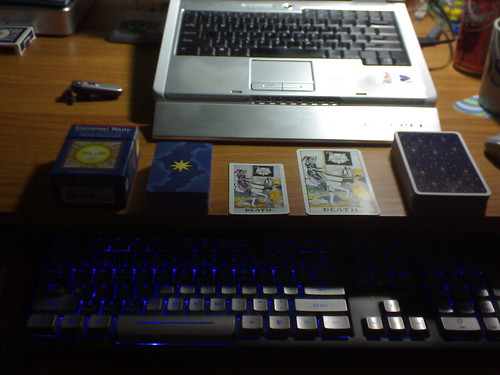 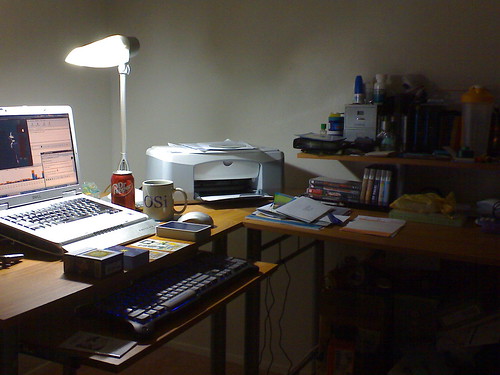 The lab table and workspace 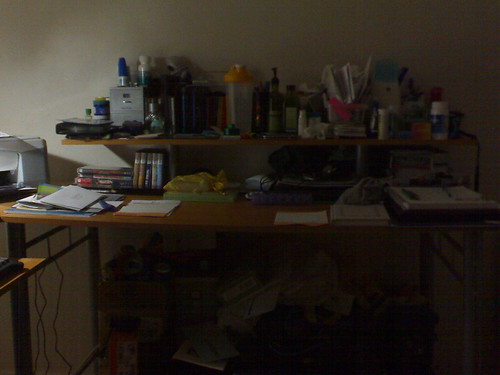 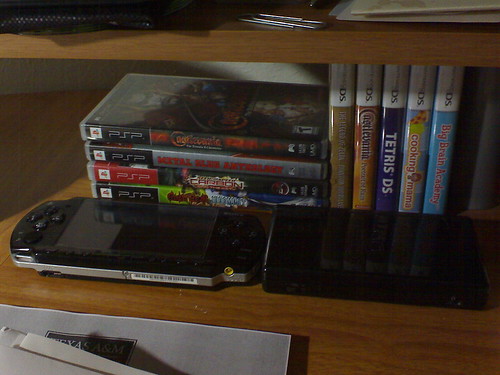 It’s a quaint office but it is where I do business and review devices and other curiosities. Hopefully when things get bigger my office will expand. But that’s years later… Hope some of you all enjoyed the “tour”! 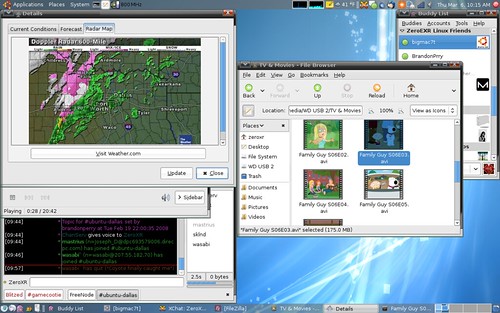 Look at this! This was from this morning off of my Gnome weather applet and look at that mass of snow and freezing rain in white and purple… I think I should not put it past my doubts that snow could hit by the time I get out of the office late. All I can say is, good grief.