So… I got my RAM in yesterday and the modification part of me went absolutely nutty! I removed the sticks from the Crucial/Newegg parcel and beheld the RAM in their electro-static shielding bags. 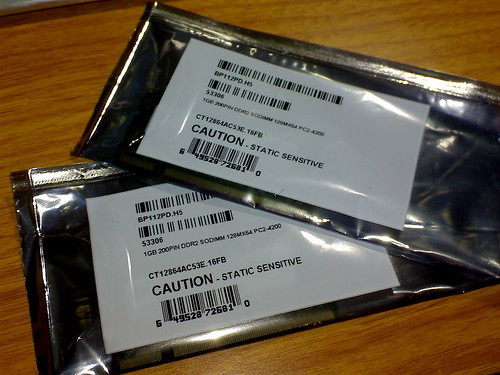 After beholding the RAM, I had to get my “tools” for the procedure. The tools of the trade: a magnetic tip screwdriver with a small bit-driver and a vintage Revlon nail file to be my “scribe” tool to pry up the plastic bezel. 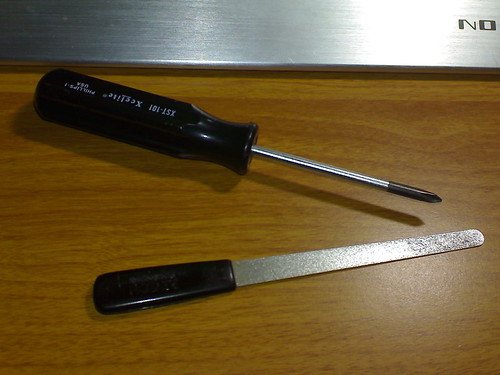 I would go ahead and loosen the screws holding in the plastic bezel as a preparatory step so I would have to have less hassle with that. 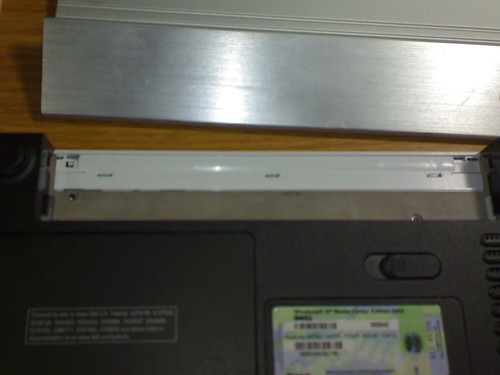 I would unbolt the second DIMM slot and replace the first stick as it is the easiest to access.

The original stick of 256mb 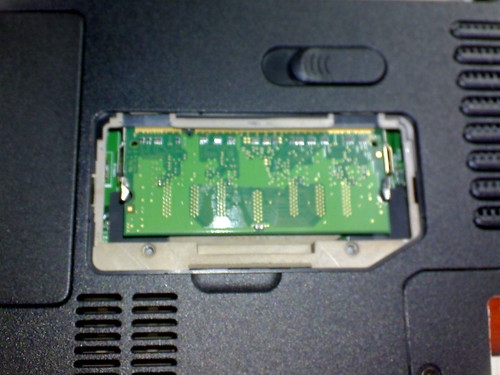 “Prepping for the Operation” 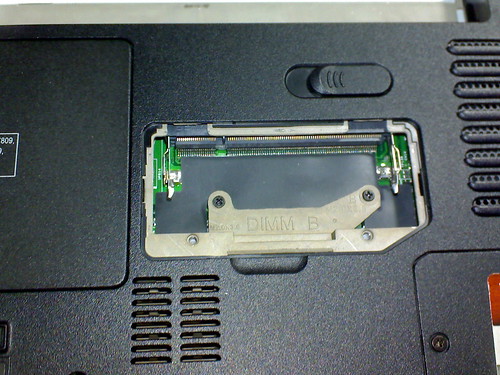 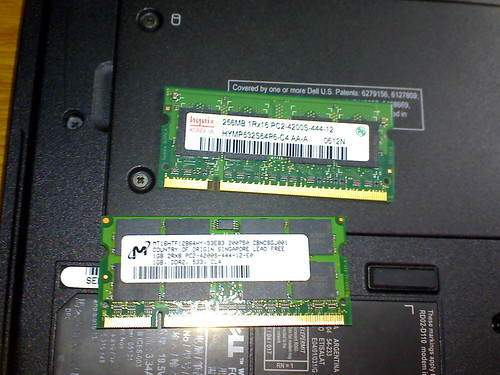 Bolting up the first stick 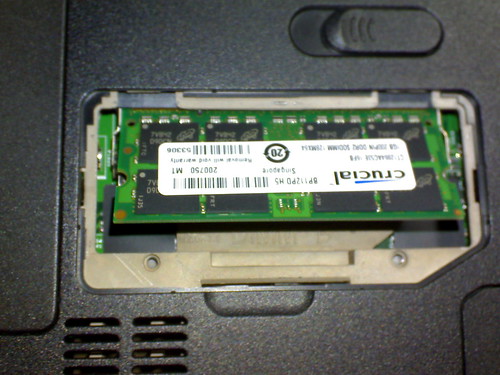 The next daunting part was using the nail file to slowly pry up the plastic bezel without breaking anything. Luckily, the bezel doesn’t require too much pressure to pop off. After the bezel came off, it was time to pry off the keyboard and then find DIMM slot 1 waiting for me. 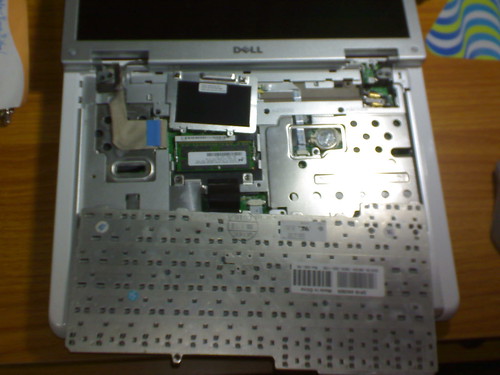 Check it out! A 1GB stick literally “under the hood”! 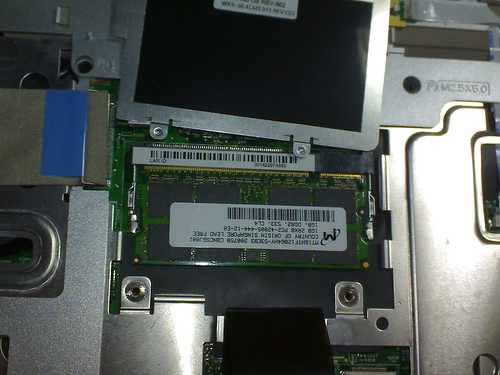 After every screw was bolted up, the Dell PhoenixBIOS had a “cute” message saying “It appears you have increased RAM installed on this system”. I would take Maczimus’s advice and get Preload installed to cut load times from programs… After the install… I would notice a surprising drop in load times. For example, Open Office Writer went from 15 – 20 seconds to now 2.3 seconds. VirtualBox seems to lap up the 1GB of allocated RAM from my total 2GB and it was wonderful! I would say that the install was rather great and it’s shows that RAM does make a difference.